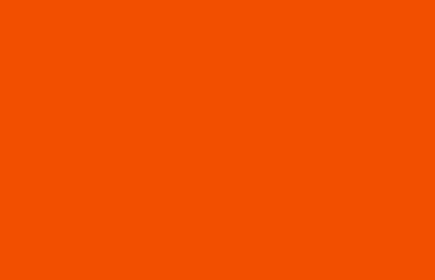 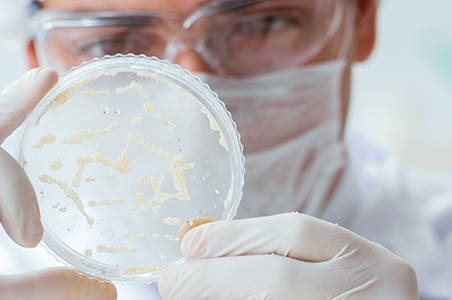 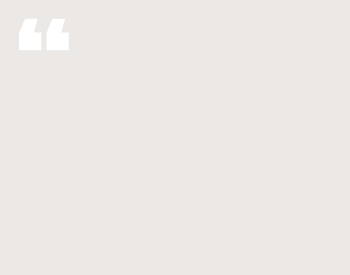 Today, Percepta® is the most potent natural inhibitor of beta-amyloid (plaques) and tau protein (tangles)

Today, Percepta® is the most potent natural inhibitor of beta-amyloid (“plaques”) and tau protein (“tangles”) 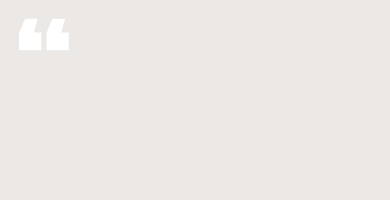 We go to the ends of the earth for brain health so you don’t have to.

Dr. Snow has led research teams for nearly 30 years in pursuit of the most effective natural plant-based ingredients for the normal aging brain. Percepta® memory support is deeply rooted in exhaustive research and solid science. Which is why we can say it’s the first nootropic to target the real reason we lose memory as we age.*

A number of sophisticated in vitro studies including Thioflavin T fluorometry, Congo red binding, Congo red and Thioflavin S staining, circular dichroism spectroscopy and negative stain electron microscopy all demonstrated that Percepta® (and its major components) are effective inhibitors and disaggregators of beta-amyloid and tau protein plaques & tangles. In addition, the Snow team identified the best source for the cat’s claw and the oolong tea extracts (i.e. that has the most potent activity specifically against brain plaques & tangles). In doing so, Percepta® was formulated. Today, Percepta® is the most potent natural inhibitor of beta-amyloid (plaques) and tau protein (tangles), and is postulated to halt the accumulating plaques & tangles in the normal aging brain.*

Within 3 days, both PTI-00703® cat’s claw and Percepta® can completely dissolve/disaggregate pre-formed plaques in a test tube as visualized by 1) loss of Congo red staining (i.e. loss of red/green birefringence as viewed under polarized light) 2) loss of Thioflavin S fluorescence (i.e. loss of fluorescence indicating disruption /disaggregation of beta-amyloid protein fibrils; and 3) loss of fibrils as visualized by negative stain electron microscopy; all validated markers for beta-amyloid fibril reduction and dissolution.

Studies with genetically engineered mice that accumulate brain plaques as they age showed that the main plant-derived ingredients in Percepta® cause a marked reduction and clearance of beta-amyloid protein containing plaques. This led to a marked improvement in memory as assessed by water maze testing, the gold standard for short-term memory and spatial recognition testing in mice. In addition, the main ingredients in Percepta® also prevented new amyloid plaque formation by over 74-82% within 3 months of treatment. 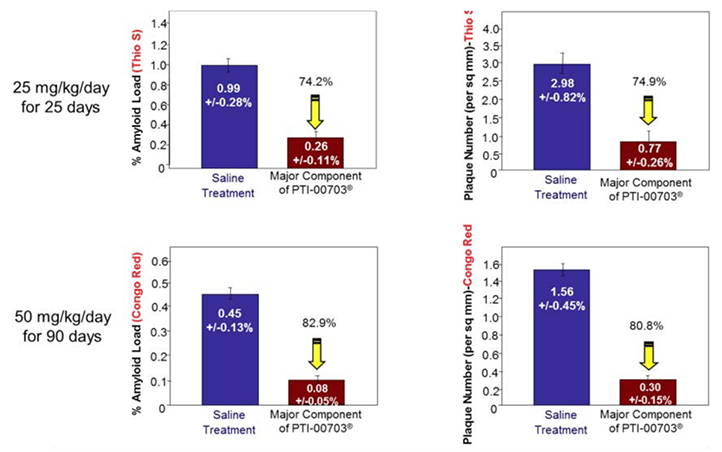 The Major Component of Percepta® Prevents the Formation and Accumulation of Brain Plaques by 74-82% after Only 3 Months of Daily Treatment.

In one study, the major polyphenolic component of Percepta® was administered to older plaque-producing mice and within 3 months caused a marked reduction in brain plaque load (by 58.1%; p<0.001) and a concurrent improvement in short-term memory (by 57.8%; p<0.001) as assessed by Morris water maze and probe trials. 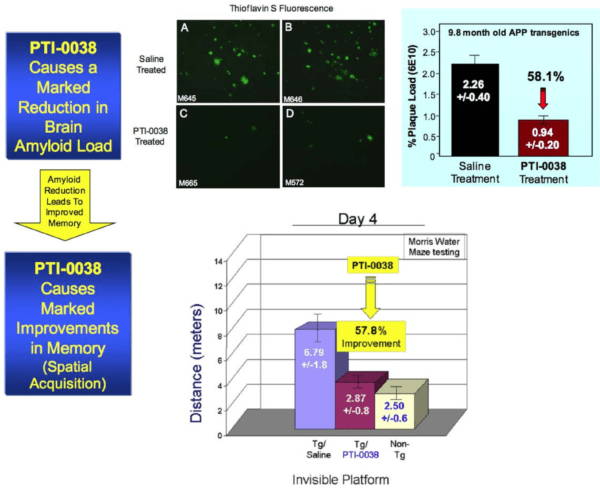 A Specific Polyphenol within Percepta® Reduced Brain “Plaques” by nearly 60% with an Improvement in Short-Term Memory (by nearly 60%) in Brain “Plaque-Producing Pre-clinical Animal Models.”

In one independent study at Tulane University, the major polyphenolic components of PTI-00703® Cat’s claw found in Percepta® crossed the blood-brain-barrier and entered the brain tissue within 2 minutes after treatment. This study demonstrates that the polyphenolic ingredients of Percepta® can rapidly enter the brain. 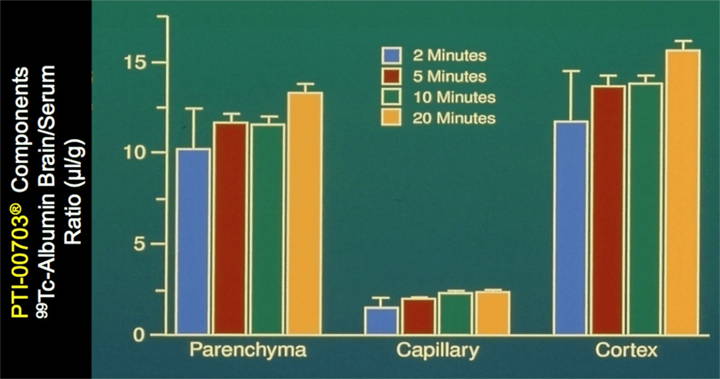 There are now a number of human clinical trials showing that the inner bark of cat’s claw (Uncaria tomentosa) improved memory, focus and concentration. In one study (1), a total of 63 individuals between the ages of 18 and 35 years old in a randomized, double blind controlled trial showed significant improvements in verbal memory and executive function within 45 days of daily treatment of a formula containing ~25% Cat’s claw (Uncaria tomentosa) bark.