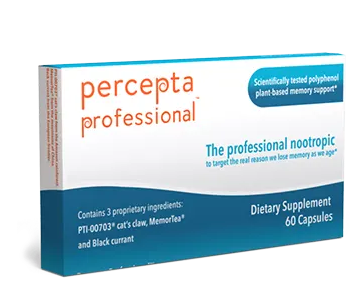 Percepta® is a breakthrough plant-based natural dietary supplement consisting of just two ingredients, patented PTI-00703® Cat’s claw from the Amazon rain forest – and MemorTea® – a specific oolong tea extract from the mountains of China. Percepta® and its individual ingredients have been rigorously and scientifically tested for specific targeting of brain plaques and tangles. It is backed by over 50 issued patents and over 15 years of scientific research. 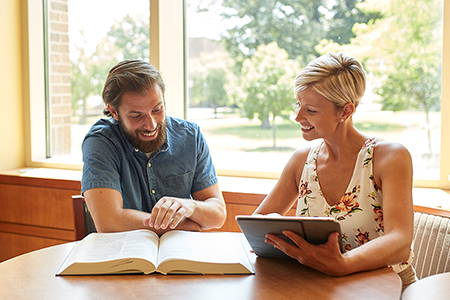 Based on peer-reviewed studies, the real reason we lose memory as we age is due to the accumulation of brain plaques & tangles.*

Percepta® is believed to be the world’s first nootropic to potentially prevent and reduce plaques & tangles in the normal aging brain.

It was first discovered by Dr. Alan Snow and his research teams at University of Washington, while searching for potent inhibitors of brain plaques.

The Snow research teams identified an ancient plant extract known as Uncaria tomentosa (Cat’s claw) that was used for centuries by the Peruvian tribes for immune support and enhancement. The Cat’s claw ingredient was discovered to be a potent inhibitor and disrupter of brain plaques. The Snow research teams then spent years screening different sources of Cat’s claw to identify a source, known as PTI-00703® Cat’s claw – that has the most robust plaque & tangle inhibitory activity ever identified.

Each lot of Percepta® is validated for plaque & tangle inhibitory and reducing activity through proprietary brain plaque and tangle assays developed by Dr. Alan Snow and his research teams.

The mechanism of action involves powerful polyphenols and active proanthocyanidins that enter the brain within minutes of being in the blood. Percepta® ingredients are believed to interact with brain plaques and tangles directly – causing their reduction and clearance.

No other brain supplement in the world contains patented PTI-00703® Cat’s claw and MemorTea® (a specific oolong tea extract). These are exclusive patented ingredients to Percepta® for optimal brain plaque and tangle inhibitory and reducing activity.

Studies implemented by Cognitive Clarity Inc. and Dr. Snow’s research teams now demonstrate that Percepta® is superior and much more effective than any other top selling brain supplement for targeting the accumulation of plaques & tangles – the real reason we lose memory as we age.*